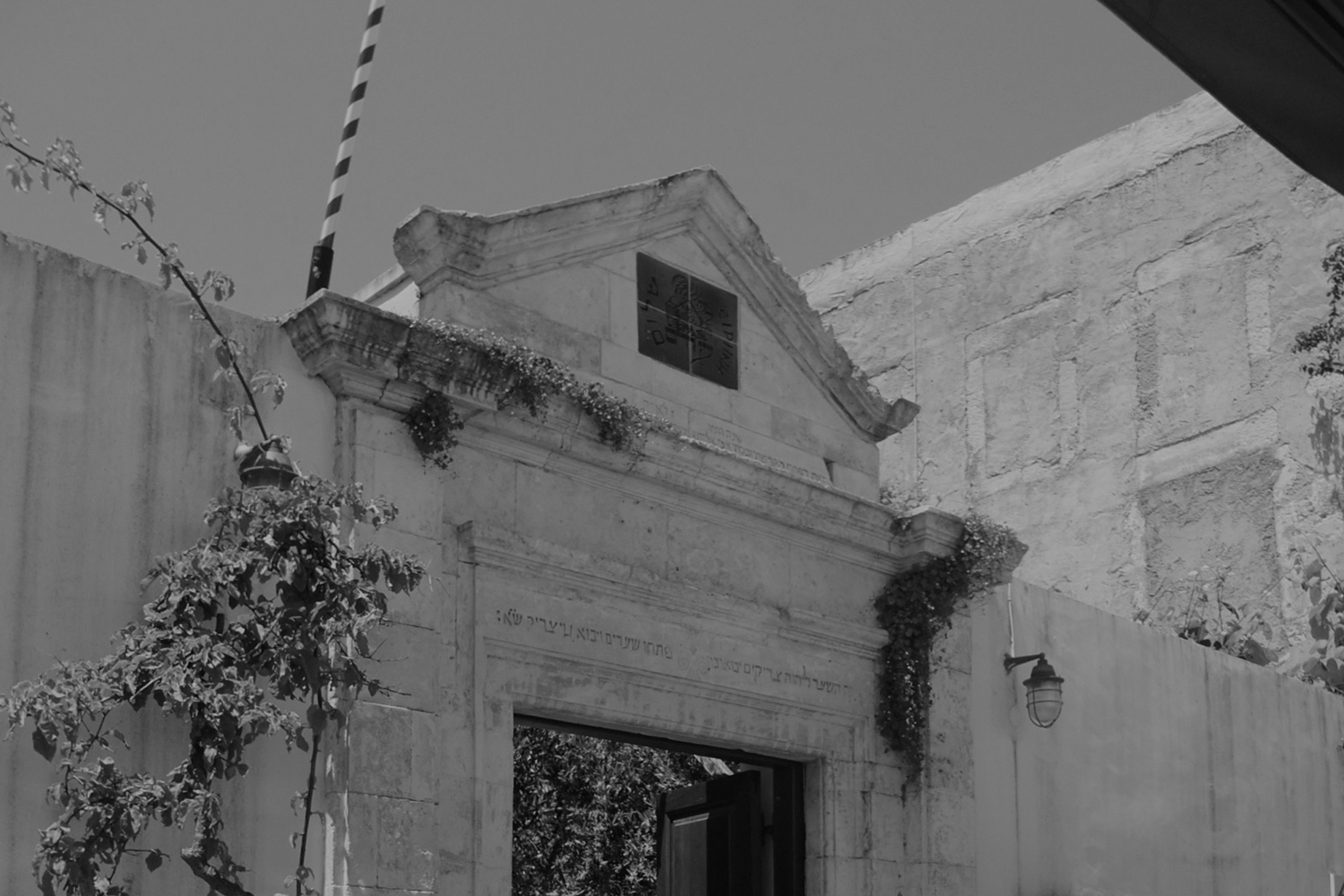 In the heart of the Old Town of Chania, you can find Etz Hayyim Synagogue, the only remaining synagogue in Crete. It signifies the many centuries that the Jewish community in Chania city played an important role in the social and commercial life of the city.

Before World War II, the Jewish population of Chania City was about 300 people. They used to live in a neighborhood of the Old Town of Chania, which was called “Ovraiki” (meaning “of the Jews” in Greek).

At that time there were two synagogues in the city: The Sephardic Beth Shalom and the Romaniote (Greek) Etz Hayyim, of which only the latter survives to this day.

The history of Jews in Crete spans many centuries: The first Jews settled on the island about 2,300 years ago, and lived along with the Greek population in the island.

The Jewish presence on the island continued in all the following centuries, during the eras of the Romans, the Byzantines, the Arabs, the Venetians, the Ottomans, and again of the Greeks at the beginning of the 20th century. Etz Hayyim Synagogue started functioning during the Venetian era, in the place of a former catholic church. But all these were to change in the middle of the 20th century.

In 1944, during World War II and the German occupation of Greece, the Gestapo arrested all the Jews living in Chania city and the rest of Crete. Along with Greek and Italian prisoners of war, they were forcibly put in a cargo ship, the Tanais, which sailed towards mainland Greece.

The last destination of the prisoners in Tanais was the Nazi concentration camps in central Europe. But they never made it that far: a British submarine torpedoed the ship, which immediately sunk leaving almost no survivors – only a few German crew members managed to escape from the sinking ship.

This tragic event violently terminated the 23 centuries of Jewish presence on the island. Today, in Akti Miaouli in Koum Kapi district, there is a monument dedicated to the Jews of Chania, with a metal plaque commemorating the sinking of Tanais.

Etz Hayyim Synagogue: A new era and its new role in Chania city into the 21st century

After the liberation of Greece from the Germans in World War II, Etz Hayyim Synagogue was nothing more than one of the many old abandoned buildings in Chania Old Town. Most of them started being restored from the 1980s onward, the booming tourism in Chania Old Town providing a big incentive to do so.

Etz Hayyim Synagogue patiently waited for its turn, and that came in 1996 when Nicholas Stavroulakis started the necessary actions for its restoration. Stavroulakis grew up in Great Britain and was the son of a Greek Orthodox Christian father from Crete and a Turkish Jew mother. Before coming to Chania city, he was co-founder and director of the Jewish Museum of Athens.

The restoration was completed in 1999, and the synagogue reopened in 1999, 55 years after its abandonment in World War II. Although there wasn’t a Jewish community in Chania city anymore, Stavroulakis managed to secure funding from benefactors all over the world to complete the difficult project. Along with the building itself, he managed to restore the synagogue’s library, now counting more than 4.000 books.

It is easy to find the synagogue, as it is located in the heart of Chania Old Town. While walking in Kondylaki street, you turn to the small “parodos Kondylaki” (meaning “Kodylaki side street” in Greek) and you reach it. Next to it is the popular “Synagogi” (meaning “Synagogue” in Greek) cafe bar, one of the most beautiful open-air venues in Chania city.

Today, Etz Hayyim Synagogue is a popular attraction for visitors in Chania city from all over the world, especially for the ones of Jewish origin. The synagogue rules are not strict: you can get inside without an ID and the weekly service is conducted in Hebrew, Greek or English

Crete for many centuries was – and still is – an island open to the world through naval trade – and now tourism – and historically had a tolerant multicultural population that enjoyed its warm climate and excellent position in Eastern Mediterranean. The Jews of Chania city were an important part of the social fabric of the city for many centuries, and Etz Hayyim Synagogue is a constant reminder of their heritage in the island.