With our new program feature, you can now enjoy discounts and exclusive perks: 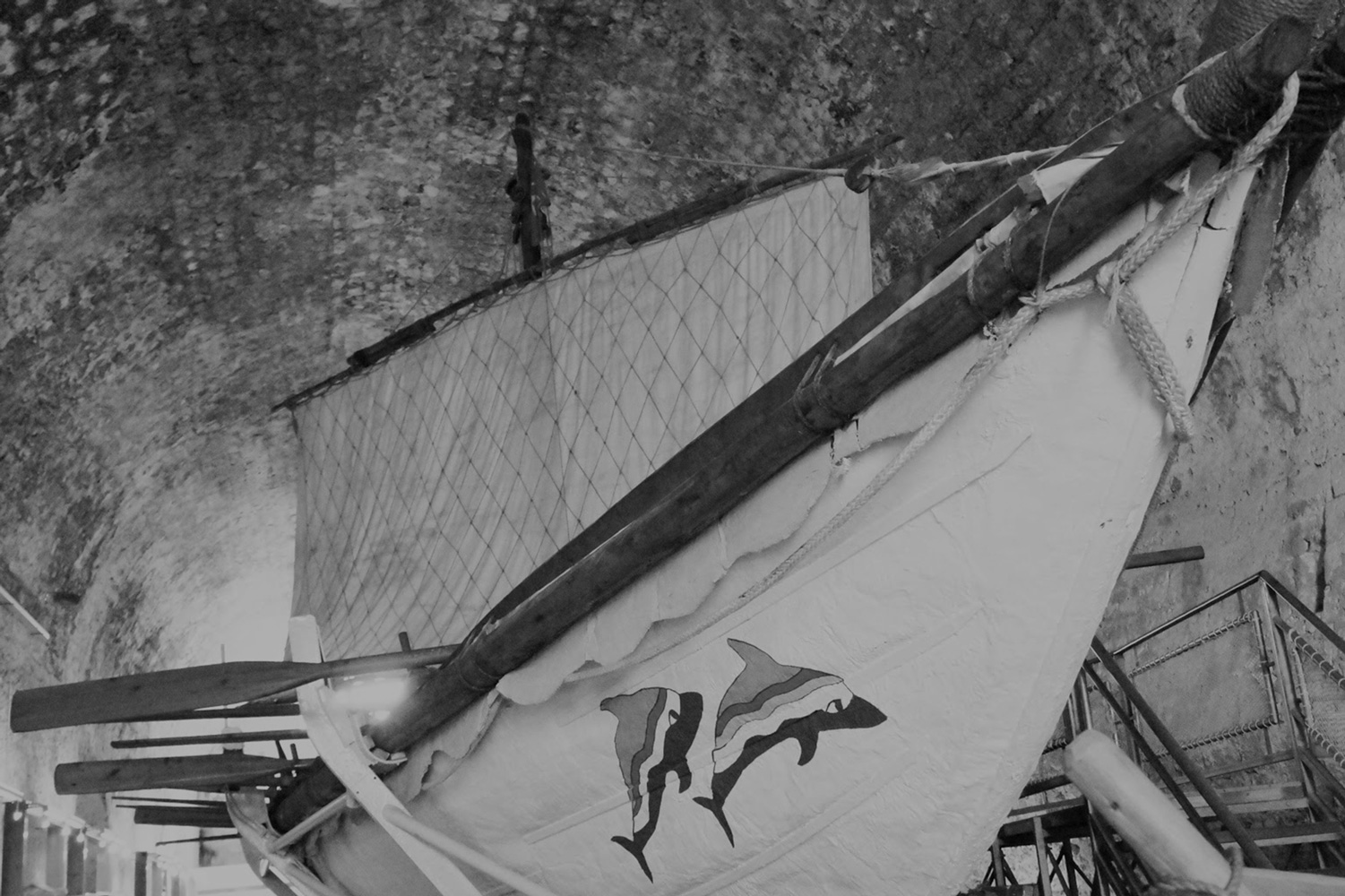 One of the most notable attractions in Chania city is the exact replica of an ancient Minoan ship of the 15th century BC, which can be found in the Museum of Ancient and Traditional Shipbuilding.

The Museum of Ancient and Traditional Shipbuilding is located on the eastern end of the Old Venetian Harbour, next to the fishing boat harbour, and is housed in the imposing “Moro” Neorio (Moro dockyard).

The museum is an annex to the Maritime Museum of Crete, located on the western end of the Old Venetian Harbour, in Firkas Fortress, the large red-colored building that is still “guarding” the entrance of the port in present times.

The Minoan Ship is 17 meters long. It took about 4 years to create. The materials and methods used for its construction were the original ones used by the ancient Minoans: the keel was made from cypress trunks, and its waterproof sealing was made from layers of fabric dipped in a mixture of resin and beef fat.

The construction of the Minoan Ship was completed in early 2004. From the beginning the ship was designed to be seaworthy and this proved to be true in the summer of the same year.

On May 24, 2004 the ship embarked on its maiden – and long – voyage when it sailed from Chania with a crew of 24 people. It arrived in Piraeus on June 24, after accompanying the exact replica of the ancient Athenian Trireme created to carry the Olympic Flame for the 2004 Athens Olympic Games. Since then the Minoan Ship has sailed in various other festive events such as the Maritime Week.

Although the Minoan Ship is its most important exhibit, the Museum of Ancient and Traditional Shipbuilding has many other remarkable exhibits that will make your visit there even more memorable. Among them are exact replicas of small boats from various historical periods of Crete, a wide variety of masterfully made miniature ships, and a rich collection of historical material with information and photographs describing the many centuries of the shipbuilding tradition on the island.

The Minoan Ship of Chania city: A maritime tradition of more than 35 centuries

The creation of the impressive exact replica of the ancient Minoan ship highlights Crete’s enormous maritime tradition, which steadily continues for more than 35 centuries!

At least since the 16th century BC, the ancient Minoans dominated the Aegean Sea and the Eastern Mediterranean. They were a people who used the pioneering for their time ships they built for peaceful – commercial purposes, and created a milestone in the development of international trade in human history.

The trade network they developed through maritime trade included literally the entire known world of the time: From mainland Greece, especially flourishing Mycenae, to Cyprus, Syria, Anatolia, Mesopotamia, and Egypt, the Minoan ships were reaching as far as the Iberian Peninsula, the western end of the Mediterranean.

Products traded by the ancient Minoans came in a wide variety: From food products such as olive oil (which could be safely kept for months while at sea), to pottery and metals such as copper, silver and gold, as well as materials that were rare and precious at the time, like saffron, which was used for dyeing materials and considered to be of great importance in the religious ceremonies of the time.

When you visit the Museum of Ancient and Traditional Shipbuilding in the city of Chania and see today’s replica of the ancient Minoan ship, don’t just rest in what you see today: Consider how the ancient Minoans, the ancestors of today’s Cretans, used this kind of ship to create, 35 centuries ago, the largest maritime trade network humanity had ever seen.