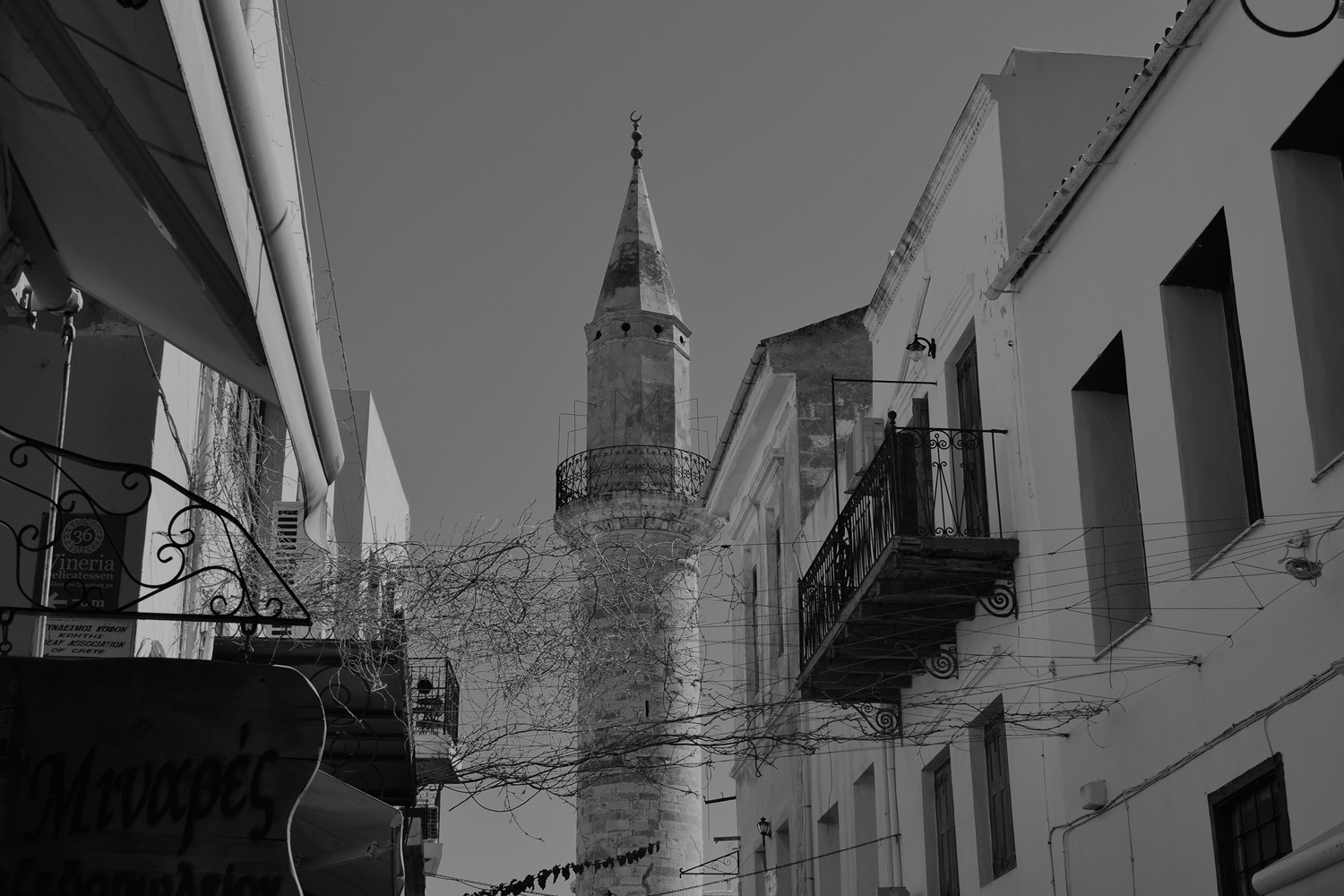 Splantzia is one of the most unique neighborhoods in Chania city. It is located on the south of the eastern part of the Old Venetian Harbour.

In the center of the neighborhood lies the scenic Splantzia square – officially called 1821 square, commemorating the year of the Greek revolution for independence. It is a wonderful small square with big plane trees providing shade during the hot summer months.

On the edges of the square there are lots of tables and chairs from the adjoining cafes and taverns, which are perfect to relax after your sightseeing in Chania city.

Around the square there are also two known churches of Chania city. The biggest of them, is the imposing Agios Nikolaos (St. Nicholas) church.

Agios Nikolaos church used to be a Dominican monastery during the Venetian era. Later, in the Ottoman years it was converted into a mosque. And now it functions as an Orthodox church. You cannot miss it, not only because of its size, but also due to the fact that it has both a bell tower and a minaret.

On the other side of Splantzia square lies the Venetian St. Rocco church, which was built in the early 17th century. A characteristic church of the Venetian era, today it is not used for religious purposes any more. Sometimes you can find interesting art exhibitions taking place there.

Splantzia is full of cozy cafes, taverns and shops. This beautiful neighborhood is one of the “hidden treasures” of Chania city, which is known only to the locals and the well-informed travelers.

In Splanzia there is a street of particular interest, Sifaka street, located in the western part of the neighborhood close to the Old City of Chania. Also called “ta macheradika” (the knife makers), it has an array of small shops selling a large variety of the known traditional knives of Crete. On the knives, you can usually find engraved some of the most inspiring “mantinades”, small Cretan poems that talk about everything from love to life philosophy in a unique local manner.

The long history of Splantzia neighborhood through the centuries

Due to its proximity to the Old Venetian Harbour, Splantzia was one of the most popular neighborhoods in Chania city to stay in the Venetian era.

The same was also true in the years of the Ottoman occupation of Crete, when Splantzia was one of the favorite parts of the city for the local Turks. This is the reason for the interesting architecture of the buildings in the area: Many of them were older Venetian buildings which later transformed according to the Ottoman architecture of the era, and they now combine both styles.

In 1821, when the Greek revolution for independence began in mainland Greece, a terrible historical event took place in the central Splantzia square: To deter the local Greek population from joining the revolution, the Turks hung the local Orthodox bishop from the great plane tree in the square. They also executed some of the prominent Greeks of Chania. Today, a plaque commemorates this abominable event. For this reason, the square is officially called “1821 square”.

In the beginning of the 20th century, Splantzia was one of the neighborhoods of Chania city that hosted a large number of Greek refuges from Asia Minor, after their persecution from the Turkish army in their hometowns.

Although the neighborhood used to be one of the poorest in the city, its residents worked hard to improve it. The tourism development in Crete in the last decades has helped the local citizens to find the resources to do so.

Especially in the last decade, Splantzia neighborhood has seen a lot of its centuries-old, traditional buildings being renovated and converted into fine residences, cafes, restaurants, shops and small hotels. Today, it is one of the most scenic places in Chania city.

Although not known to many visitors, Splantzia is one of the most authentic neighborhoods in Chania city, and a perfect place to stroll around and discover the remnants of its rich history.