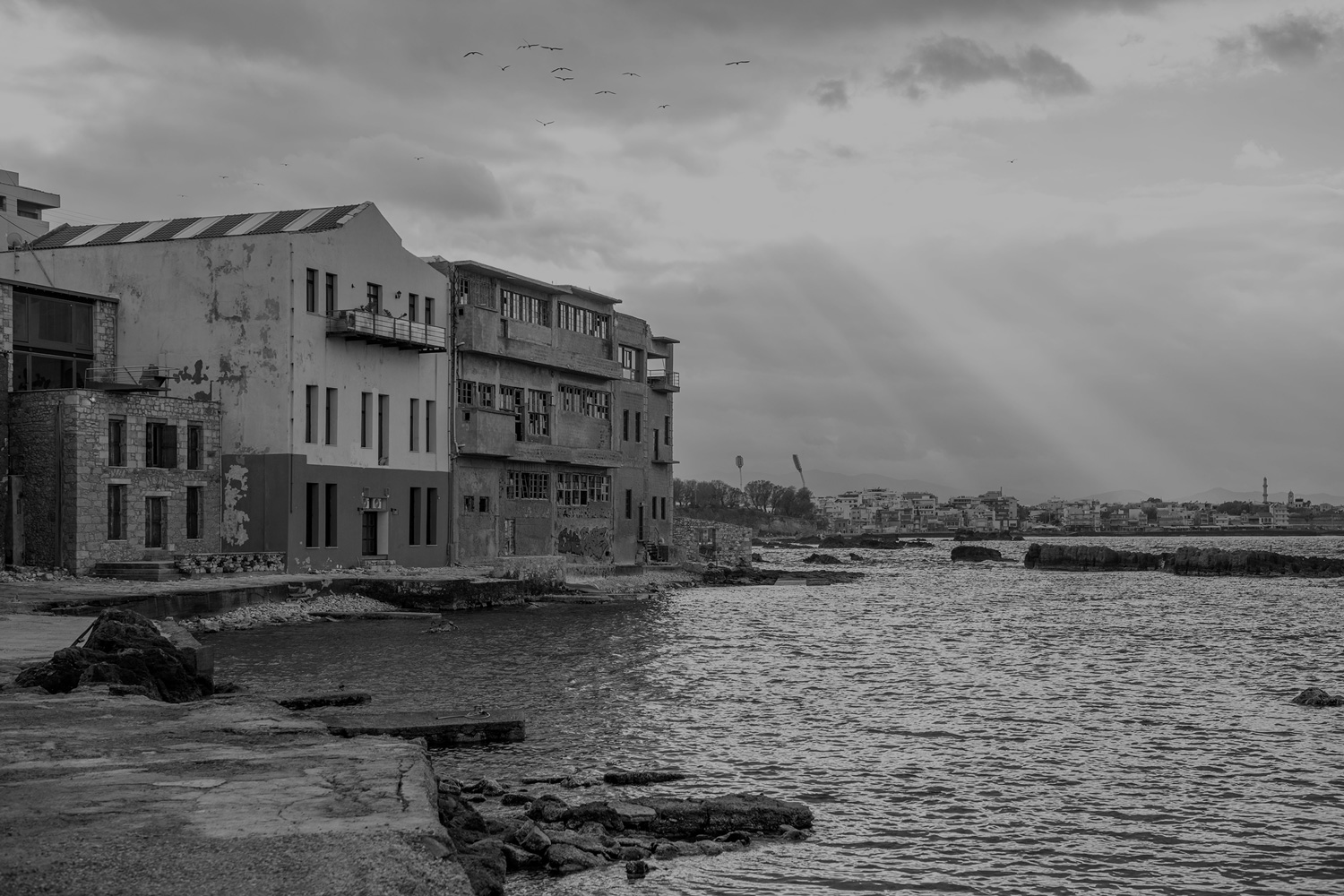 TABAKARIA, THE HISTORICAL TANNERIES OF CHALEPA
An abandoned place full of charm in Chania city
SCROLL
Tabakaria, Chalepa: The old tanneries of Chania city with a history of almost two centuries

Tabakaria is a very distinct part of the historical Chalepa neighborhood. In contrast with the aristocratic atmosphere of Chalepa, they were for almost two centuries the place where all the tanneries of Chania city used to be.

The first tanneries were built in the area in the brief period of the Egyptian occupation of the island, between 1830 and 1840. At that time, the Egyptians wanted to replicate the success of the tanneries in Heraklio, the other big city in Crete, and bring prosperity to  the local population.

The location could not be better. First of all, Tabakaria were in the ideal distance from the city center: Close enough to transport the finished products to the merchants in the center, and distant enough for the bad smell of leather processing to not reach the city.

Another great advantage had to do with the water: In the place where Tabakaria lie, there was ample underground sweet water, which was essential for leather processing. Also, the shallow rocky shores in this particular spot form small natural pools of water, which were also ideal for this job.

The leather products of the Tabakaria tanneries proved very popular, and with time more tanneries were built in the area. It is estimated that in its heyday, about 80 small tanneries were functioning here.

The adjoining Koum Kapi neighborhood, with its low cost workforce, helped the development of the tanneries. In this poor neighborhood, which was like a “favela” of the time, most people were employed as unskilled workers in the port of Chania, or they were not employed at all. For many of them, Tabakaria was an opportunity to find a job and escape poverty.

The beginning of the end of the tanneries in the area happened during the brief German occupation of the island in World War II. At that time, the Germans started importing modern leather processing machinery in the island, making the old tanneries obsolete. After the liberation of Greece in 1945, the – decreasing in number – local tanneries continued their operation, until the end of the 1970s, when practically all had closed.

Modern-day Tabakaria: One of the most picturesque parts of Chania city

Today, no more than 3 traditional tanneries operate in the area. Many of the other old buildings are abandoned, giving the impression of a ghost neighborhood.

One of the reasons behind the abandonment of Tabakaria is the high cost of their reconstruction, that has to do with the obligation to preserve the original facade of the buildings, as they are listed. Fortunately, this hasn’t stopped many property owners in the area, who masterfully renovated some of the old tanneries, converting them to residences, boutique lofts for rent, or offices.

A remarkable fact is that the name Tabakaria – which comes from the Turkish word “tabak”, meaning tannery – has been preserved for more than a century, since the Ottoman occupation of the island (the corresponding Greek word for tannery is “virsodepsio”).

Next to the abandoned buildings in the coast of Tabakaria you can find a nice fish tavern. If you sit outside at one of its many tables in the summer, you can combine the unique view of the old tanneries with the picturesque view of the sublime Chania city in the background.

In modern times, Tabakaria are advantageously situated between the popular Koum Kapi neighborhood and the eclectic Chalepa neighborhood. This fact, along with the rapid tourist development of Chania city, makes their further development in the near future more than evident. So, now is possibly the best time to visit this one-of-a-kind quarter, while it still retains its historical abandoned charm.

If you want to try something different when you are in Chania city, a visit to Tabakaria quarter with the old tanneries in Chalepa will be a unique travel experience. Also, after the “obligatory” visit to the magnificent Old Venetian Port and the Old City of Chania,  Tabakaria are among the best places in Chania city to visit if you want to take great pictures, which will be a nice memory of your special travel moments in Crete for years to come.